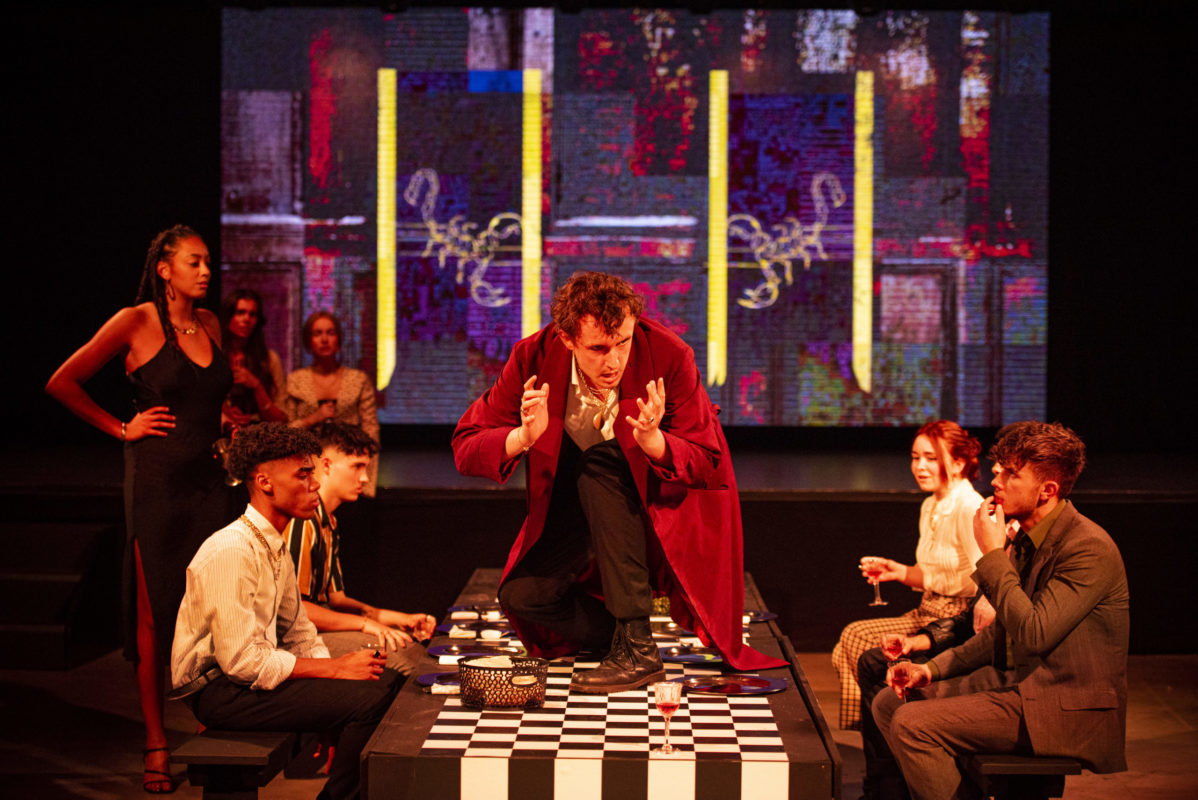 From Wednesday 11 August to Friday 13 August, the Television Workshop took over Metronome with four performances of their modern-day Macbeth adaptation.

We’ve waited 17 months to see this show after it was rescheduled from spring 2020 due to the Covid-19 pandemic, but it was certainly worth the wait! The venue was set out with chairs lined up around the edges as the performance took place not only on the stage, but all over the auditorium, with three enter/exit doors being used. So, when we say they took over Metronome, we really mean it.

The production relied on minimal props, clever lighting and exciting music choices, but it relied heaviest on the actors. They carried the show and without literally being transported into their mafia world, they made you feel like you were there with them. The preparation and rehearsal that had clearly gone into this show was evident, and the whole play ran very smoothly.

Although it was a modern mafia adaptation of Shakespeare, the language stayed the same. It’s understandable if viewers were put off by this as it isn’t always the easiest to grasp – especially with the convincing Scottish accents – but the direction and actors did a superb job at making sure no one got lost. They explained the plot through more than just their words, so you didn’t have to be a Shakespearian to follow the story.

With most shows having been sold out, and such a long wait between announcing this adaptation to finally being able to perform it, it would be fair to assume the actors may have been nervous. But if they were, they didn’t show it. In fact, the audience enjoyed it so much that the opening night performance ended with a standing ovation

We have a packed and diverse autumn schedule coming up, with live music, poetry and more to be announced. Make sure you check out our What’s On page to find out more and book your tickets to future events.

If you’d like to discover something unique at Metronome, we have plenty more events coming up.