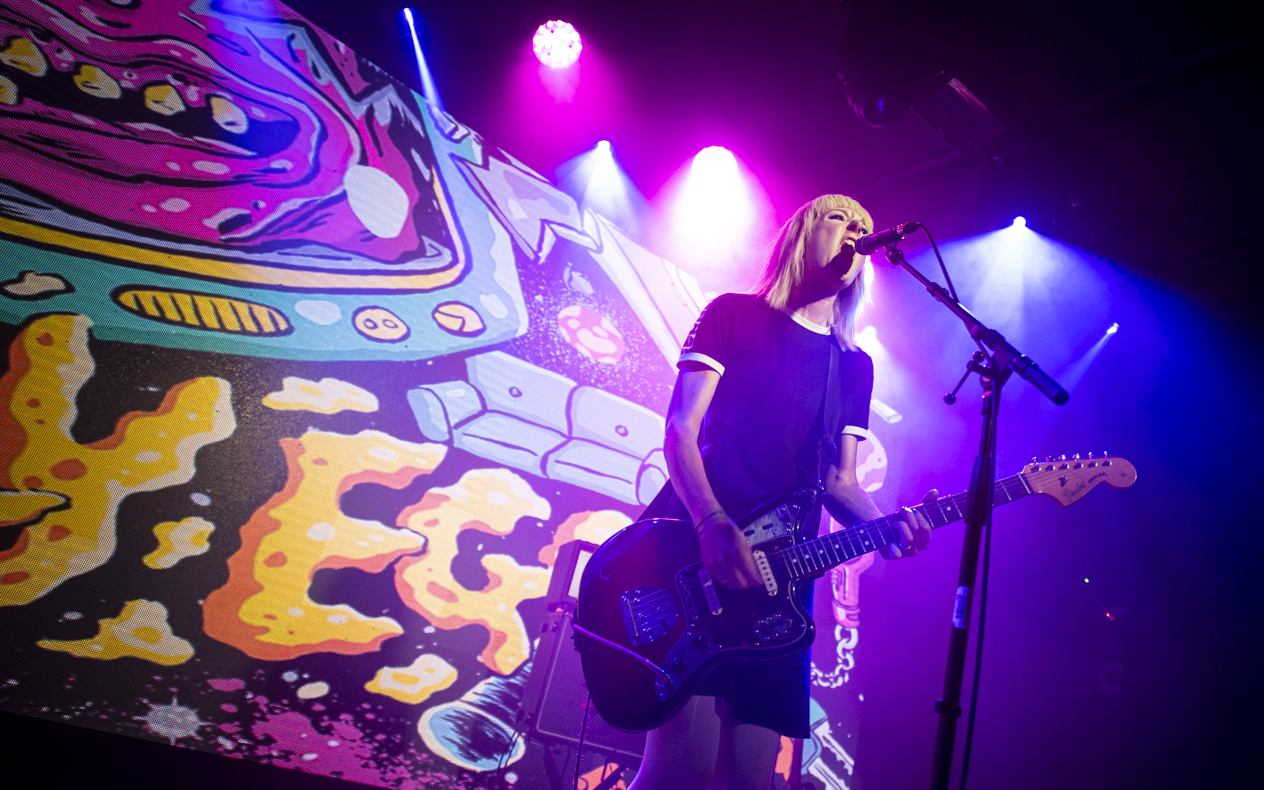 On Wednesday 4 August, the psychedelic punk rockers, The Lovely Eggs, played at Metronome with support from AK/DK and Thick Richard.

For many, this was the first live music event they’ve attended since before the pandemic, and what a great gig to return to. The night began with alternative/electronic duo AK/DK. Two guys, two drum kits, a ton of kit, and loads of noise. You don’t often find a large crowd watching the first support act, especially when they’re on stage an hour and a half before the headliner, but the auditorium was full for this band. They got the crowd involved from the get go and interacted with them throughout their whole set.

The audience then moved from dancing to laughing as Thick Richard came on stage. His comedic poetry had everyone in hysterics for his full half an hour performance. His unapologetic honesty mixed with his chatty style made him look at home behind a microphone, and helped to keep the crowd in good spirits.

Finally, it was time for The Lovely Eggs to take over and it’s fair to say their fans were ecstatic. The minute they stepped out on stage, their energy radiated around the whole auditorium. It was so infectious, it would have been more difficult not to dance, jump and sing along. The duo chatted to their fans like they were pals sitting in a pub seeing each other for the first time since February 2020. Simply put, it was physchedelic punk rock at its’ best while showing just what there is to love about intimate gigs.

We have a packed autumn schedule coming up, so make sure you check out our What’s On page to find out more and book your tickets to future events.

If you’d like to discover something unique at Metronome, we have plenty more events coming up.