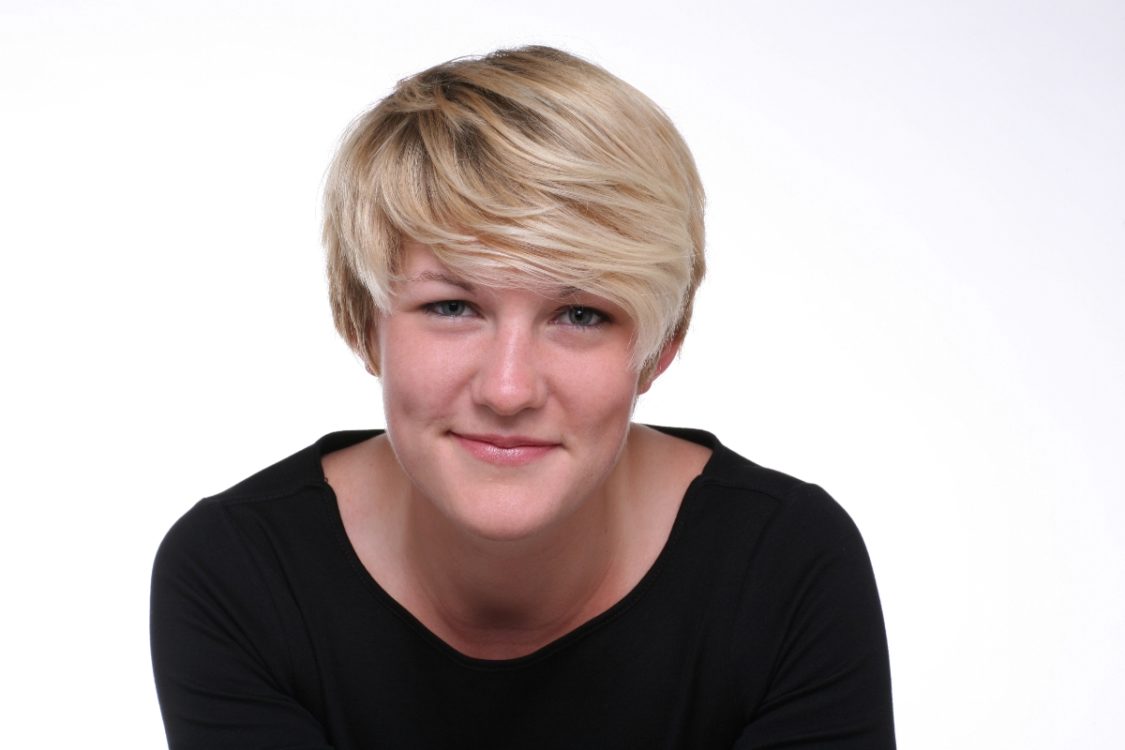 Leeds-born poet Caroline Bird was just 15 when she became the youngest ever person to have a collection of poetry published. It’s now 17 years down the line and she’s proven beyond a doubt that she’s a true talent. Witty, dreamy and sharply intellectual, she is a joy to read and to watch. We spoke to her ahead of the Nottingham Poetry Festival about what makes her tick.

Having been bitten by the poetry bug as an adolescent, Caroline’s parents “made all the right appreciative noises”, but it was a course she went on when she was 13 that cemented her love for the medium. “It was this amazing parallel universe where I was suddenly surrounded by other young people who thought that poetry was cool and we were allowed to have heavy conversations and stuff. After that I started reading a lot more poetry and writing a lot more.” It was also on this course that a tutor advised her to buy The Writer’s Handbook, and by taking this advice she accidentally became a published poet.

“I just circled the poetry things in it, stuffed my work in envelopes and toddled off down to the post office. I didn’t know what was what so I didn’t know I was sending them off to incredibly prestigious places.” Not that she took things for granted, there just wasn’t the weight that goes with submitting pieces as an adult. “It’s funny now because when I submit to magazines I wait tensely for the response – I long for the breeziness of when I was 14, not knowing what the hell I was doing.” One of the magazines that she’d submitted to was PN Review, without realising they were connected to a publisher. I got a letter back saying can you send us all the stuff you’ve ever written, I thought it was a fluke. It was the first time I’d ever sent any poems to a magazine – I didn’t expect them to print them, let alone want to publish a book of my work.”

Caroline regularly teaches poetry workshops, and finds that working with young people is grounding. “It helps to remind me of how I felt when I was a teenager. I wasn’t writing thinking of a career, I wrote because it was the one thing in the world that made sense to me. I remember that feeling of the first time I wrote a poem that I liked, when I was 11 or 12, and thinking, ‘Oh god, I think I’m going to be able to live – this is a thing I love! It is mine.’ So whenever I feel that pressure, I go and teach some teenagers and remind myself that all the rest is bollocks.”

Of course, poetry isn’t just about words on paper, it’s about grabbing people – in a non-touchy way, of course, no one wants to be sued – when they’re sat right in front of you. Caroline talked me through her process. “I’m not thinking about anyone reading it, let alone performing it; if I thought about an audience I would censor myself and be less brave. Once a poem is nearly finished, I start looking at it – there’s a performance element on the page, too, where the line breaks and the way it looks. Then I start muttering it out loud to myself and that’s the third life the poem enters into, which is important because writing is about communication. Even if in that private space you’re leaning out of yourself, talking to a ghost or talking to someone you love who doesn’t love you back, you’re still trying to communicate something impossible. So then when it gets to the fourth stage, if all the yearning has been packed into that first private life of the poem it then suddenly has a voice and a power. When performing, I like to learn them off by heart. I want it to feel like I’m knitting the words out of the air when I perform. Though I’m definitely not.”

Having worked on such varied plays as The Trial of Dennis the Menace, The Wonderful Wizard of Oz and The Trojan Woman, she’s currently writing a play about Ellen Wilkinson, who led the Jarrow march and was one of the first female Labour MPs. Outlining the similarities between the two disciplines, she explained that “the one overlap is to do with the unspoken. So, say, you’ve got three people in a scene in a play and the truth is somewhere in the middle. But everyone’s skirting around it and not actually saying the thing that’s in the middle of them – and if they do, the scene’s ruined anyway – you have to have this tension of the unspoken. And the same applies to a poem: you focus on imagery, you focus on the corner of a room to sum up the whole house. And there’s a thing about not explaining the images, so that they can sing; an element of the unspoken keeps the poem alive.” The big difference she finds is in how she feels at the end of a day of writing for a play. “It doesn’t have to come from a raw place with me; I’m using my emotional intelligence but I don’t always have to use my actual emotion. So I don’t feel like I’ve had all my innards sucked out by the end of it. Whereas, if I’ve been writing a poem all day, I’m a bit weird by the end of it.”

As for what she’s got lined up, she’s part way through writing another poetry collection and is taking an interesting tack with this one. “I’m trying to write from as little as possible, just a ghost of an idea. From one word and running with it. I’m trying to unlearn everything I know about writing a poem in order to encounter it all again. The Polish poet Wisława Szymborska said, ‘Whatever inspiration is, it’s borne from a continuous I don’t know.’ I love that –  I’m trying to not know what I’m doing at moment.”